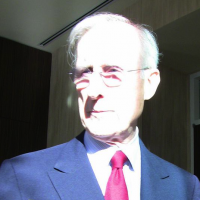 James Cromwell Sentenced to Jail for Refusing to Pay an Environmental Protest Fine. The actor was charged with obstructing traffic during a protest in 2015.

Cromwell refused to pay a $375 fine for obstructing traffic when he and other protesters, held a sit-in at a natural gas power-plant protest in Wawayanda, New York. The site is operated by Competitive Power Ventures

On December 18, 2015, Cromwell and five other activists, staged a sit in causing a traffic jam on Route 6 in Wawayanda, New York. During their trial, held in April, the protesters, argued that their actions were justified because emissions from the power plant can cause irreversible damage to the surrounding environment.

Ram Dass on Death & Dying
Symptoms of Anemia in Seniors